"The Western way of war" 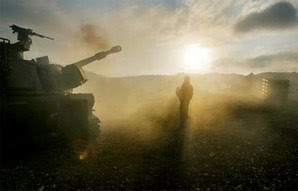 By Caroline B. Glick

"But still, the truth remains that by effectively committing career suicide, McChrystal has posed a challenge to his country — and to the Western world as a whole. Now that you know the truth, what is it going to be? Are you willing to lose this war? Are you willing to see the Taliban restored to power in Afghanistan?

This week Haaretz reported on a new hit children's song that is making waves throughout the Arab world. Called, "When we die as martyrs," the song is sung by a children's choir called "Birds of Paradise." In a YouTube video of the song, children between the ages of two and six sing sweetly of their desire to die for Palestine and are shown triumphantly killing kippa-wearing Jews.

The Taliban's perspective on the value of human life is similarly grotesque."