Posted by Mark Scott at 8:32 AM No comments:

"Don't let the happy music fool you. Ice cream truck wars are raging in Corolla, and it's vicious out there:

Last week, one ice cream vendor called the Currituck County sheriff on another, claiming that three trucks were following her.

Another female driver carries an electronic shocking device after getting harassed by competing male drivers."

Posted by Mark Scott at 8:02 AM No comments:

'As the Debt Battle Turns'

Posted by Mark Scott at 7:48 AM No comments: 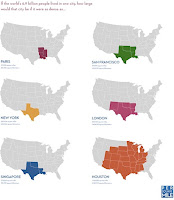 "The world is becoming unbalanced. In pockets across the globe, women are giving birth to too many boys. In China, the sex ratio is 121 boys to 100 girls. In India, it's 112-to-100. Sex selection also is a force in the Balkans, Armenia and Georgia. In her eye-opening book, "Unnatural Selection: Choosing Boys Over Girls, and the Consequences of a World Full of Men," journalist Mara Hvistendahl estimates that ultrasound and abortion have "claimed over 160 million potential women and girls -- in Asia alone." That's more than the entire female population of the United States."

Posted by Mark Scott at 7:24 AM No comments: