Posted by Mark Scott at 7:00 PM No comments:

"Will a Leftist Takeover of the Military Precede a Leftist Military Takeover?"

"But this is undoubtedly true: As in ancient Rome, civilizations do tend to transition from democracy to tyranny. It’s also true that this transition occurs when the people become sufficiently corrupt. And what is the state of modern America? It is such that her people elected a man who, in saner times, would have been investigated by the House Committee on Un-American Activities. And this is not hyperbole. Remember that Barack Obama was raised by unreconstructed leftists, mentored by communist Frank Marshall Davis and gravitated toward Marxist professors in college. We also now know about John Drew, a contemporary of Obama’s at Occidental College who used to be a communist himself. He would discuss the Red faith with Obama and verifies that The One was “in 100 percent, total agreement” with his communist professors and was a flat-out “Marxist-Leninist” who believed in old-style communist revolution."

Posted by Mark Scott at 6:17 PM No comments:

Well cry me a river. Aren't we being told 'going green' is a good thing!? 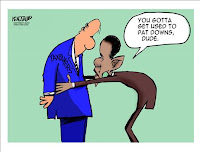 Posted by Mark Scott at 8:53 AM No comments:

Posted by Mark Scott at 8:05 AM No comments:

Can't imagine how many laws this would violate in the US... 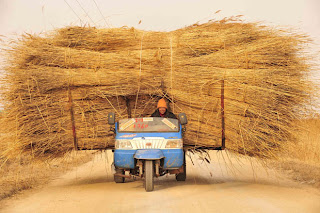 "A migrant worker transports harvested reed on a tractor in the wetlands of the Liaohe River Delta, Panjin City, Liaoning Province, China."