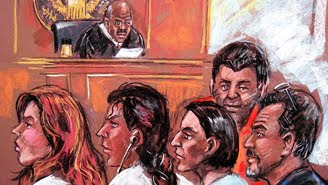 "Alexander Khramchikhin, deputy director of the Institute of Political and Military Analysis, has claimed that the alleged spy ring was orchestrated to target President Obama.

“It goes without saying that Russia, like other countries, conducts intelligence activities in other states. This episode is somewhat different. The Republicans struggle against Obama, and I am sure that he will be destroyed before his presidency expires. Russia plays an auxiliary role in this scandal. Obama’s adversaries use ‘goddamn Russians’ to settle scores with him."

Another 'Bush did it.'