"Learning the rules of an unengaged president" 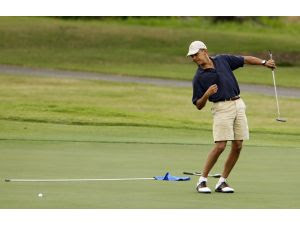 "What do Gen. McChrystal and British Petroleum have in common? Aside from the fact that they're both Democratic Party supporters.

Or they were. Stanley McChrystal is a liberal who voted for Obama and banned Fox News from his HQ TV. Which may at least partly explain how he became the first U.S. general to be lost in combat while giving an interview to Rolling Stone: They'll be studying that one in war colleges around the world for decades. The management of BP were unable to vote for Obama, being, as we now know, the most sinister duplicitous bunch of shifty Brits to pitch up offshore since the War of 1812."