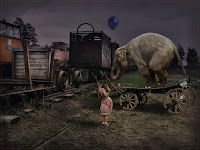 "In Western Iowa local officials and emergency response agencies had carefully prepared an “anti-terror” response drill to meet a potential terror threat to their community. In the wake of last summer’s racially motivated mob attacks (dubbed “beat whitey night) at the Iowa State Fair in which 30-40 black teens roamed the fairgrounds and randomly beat white fairgoers, emergency response drilling would seem to be a good idea, even in America’s heartland.

So what sort of scenario was developed for this “anti-terror” drill?"