"The Bell May Toll for Jersey Toll Collectors" 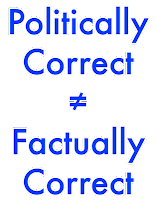 "It was one of those little stories, a three-sentence job on inside pages of last Saturday's local newspaper. But it illustrates a mentality that is so outrageous--yet so thoroughly typical of the government union mindset--it deserves far wider dissemination than it has received so far. Last Thursday, a federal judge dismissed a lawsuit in which union workers were seeking to prevent New Jersey from privatizing toll collector jobs on the New Jersey Turnpike, unless those workers got the "right of first refusal" to keep their jobs. But it gets even better: the suit argued that privatization violates workers' First Amendment rights."